“Home sweet home you call it?

I’ll give you home sweet home.

You arrive back here gone midnight

Who’s been waiting by the door.”

“Loving wife you call me?

I’ll give you loving wife!

I’ll wack you with my rolling pin

“My sweet, my blossom, angel.

No need to be so cross.

Just a few drinks with the boys,

Then back home to the boss.”

I’ll show you who’s the boss!

You said you’d be in time for tea

And then you’d walk the dog

Instead it’s way past bedtime,

Making me the pedagogue.”

“My little angel of desire,

Why do you treat me so?

You know you love me dearly,

It’s something we both know.”

Your love I can’t resist.

You know I love you through and through

Even if your Brahms and Liszt!”

Brown circles on the grass mark the place of landing.

Flat and trodden down where they milled around.

They come at night, stay a while,

then disappear as if they had never been.

and the smell of fuel hanging in the air,

testament to them being here.

They don’t look odd, they look and sound like us,

I wonder where they came from.

I wonder where they will be going next.

They’ll be back next summer.

When the fair comes to town.

Photo by Pixabay on Pexels.com

There is a tree that brings you life,

A tree that’s known by many names,

Forgives your sin and takes your blames.

The tree that’s in Golgotha set,

That takes away all we regret.

And that’s the only tree of life,

The one that sorts your afterlife.

I speak of course of Calvary’s tree

Where someone died for you, for me.

He’d done no wrong to call his own.

And now he sits on heavenly throne.

And on this tree, shaped to a cross,

Paid for my shame, my sin and dross.

There Jesus died, my pain endured,

There my sickness and pain were cured.

Give thanks to him, my sin he took.

If you don’t believe me, read the book.

Blessed are those who wash their robes, that they may have the right to the tree of life and may go through the gates into the city.

For God so loved the world that he gave his one and only Son, that whoever believes in him shall not perish but have eternal life.

Photo by Pixabay on Pexels.com

Golden trees of many a hue

The wind is up, to quite a squall

As summer transitions to into fall.

Not over yet, it’s only near

We’re hardly through another year

We long so much for winter snows

Soon be Christmas the elves all say

Then Christmas comes, and then it’s gone

It’s then the frost will bite our toes

Then winter changes into spring

We wonder what this summer’ll bring.

The owl ceases his haunting hoot,

Fluffs his feathers to sleep,

Locking in the heat,

His day is done.

The dim light of dawn rises over a misty morn,

Stars gently fade to nothing

Returning in the dullness of evening,

Switching on in a sequence known only to their maker.

Robins and wrens start the day,

The orchestra of the morning works to a crescendo of sound.

Then, as the sun pushes its first fingers of light

Into the chill of the morning.

Save for the sway of trees,

The rushing of a brook,

The scamper of rabbits.

The snap of a twig underfoot.

Dryads and Hamadryads come out, come to me.

Is it just the russell of leaves?

Or do the really trees sing?

Not one of my better missives or even near to good. But try to enjoy. All CONSTRUCTIVE criticism welcome.

August by nature, he strode the palace floors.

Revered by all, feared by most, yet sad beyond his strength.

Ruler of the known world but not of his own.

Troubled and tormented by fear and guilt.

About which he knew not either why or how.

His problematic mind anathematic to his own.

In dreams he saw only what he dreaded.

The gods of Rome were powerless to abate.

What power can come from him who is not there.

Sacrifices to your empty deities bring no healing.

Waning  again like unrequited love on a distant shore,

White sand running through your fingers like the days of life.

No hope was found, no pity lost on mortal man.

Jupiter, supreme ruler of the gods, Juno his queen,

“Surely I am a god, does not Rome worship me?”

“Woe to you Minerva and Neptune, fake deities of Rome”

“Venus and Mars, you are planets not gods like me.”

“Apollo, son of Jupiter, loose your arrow and slay your father,

Thought he does not exist, but then, nor you.”

And so he curses every useless god he knows in hope of finding peace.

But no, each non-existent deity curses him back in incredulity.

There is no god save one.

Photo by Michael Giugliano on Pexels.com

I don’t normally write rap, but this is my first attempt. I hope you like it.

If white was black and black was white,
If light was dark and dark was light,
How different the world would be.
Not only for you, but also for me.

But what if colour did not exist.
No such thing as a white racist.
If we were all the same,
Would that be such a shame?

What if, when we were girls and boys,
No guns, no dolls, just neutral toys.
Would we all grow up the same?
Would our life be rather lame?

What if we all lived in harmony?
There is no you, there is no me.
Would that be really tragic?
Or would it be, just magic? 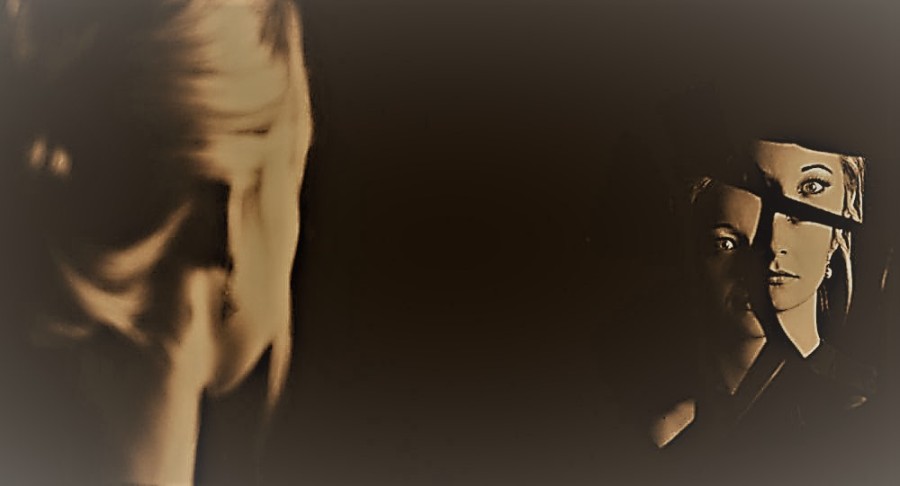 There are too many truths here not to reblog.

“Some days, some hours, we soar.
Hawks, eagles, miles above sea level, worshiping the splendor below.
The wind lashing around us, we are boundless…complete…

Other times we bleed – dreadful children,
scraping our way through a field of shattered glass and dreams.

Yet we carry on, feigning normalcy;
actors, playing the part assigned to us by the others,

All the while perishing.

All the while feeling as if we’re unique to desperation.

Can no one feel the tears?
Can no one see our heartbreak?
Has no one the same perception of hopelessness we possess?

Hanging in the eternal balance,
somewhere between life and death,

We watch the years tick-tick-tick by,
soul gradually unburdening itself from skeleton,
ever so gently, as mortality snakes in.

Frantic, we grasp the nearest olive branch,
be it friend or foe,
cleaving to any veneer of chance.

As water sashays through our fingers, though,
we frightfully…

Who is my neighbour, do they live next door?
What if they’re ugly, or drunk or a whore?
What if they really are just not like us?
Quiet, refined, not making a fuss.

Who is my neighbour? Not just in my street,
Surely my neighbour is all whom I meet.
They’re black, they are white, they are straight, they are gay
They’re the every day folk, that I meet every day.

I shall not judge them and they’ll not judge me.
They’re my brothers, my sisters, and all should be free.
My neighbours, they cover the face of this earth,
So I’ll love and respect them for all they are worth.

But one day there will be a reckoning for all,
Black, white and ugly, the big and the small.
On that day, a sorting, the wheat from the chaff,
And then the down trodden will have the last laugh.
The wheat go to heaven, the chaff down to hell,
You’d best love your neighbour or you’ll go down as well.

This is not one of my poems, I have reblogged this because it is so beautiful. Please read slowly and aloud listening to each phrase, it may move you to tears, or it may not. Look up the poet and follow her work. She’s has some really fantastic pieces.

Ever thought?
How sin caused by pleasure,
Can cause so much pain after.
And that pain my mind could not contain
And my heart bled with loss
It’s because my king added to it
Because he left me..
With no sun and without a son
I had no love, no consolation

So I discovered another pen
Bleeding with ink, not indelible one this time
And a paper to bleed on
I adopted poetry as my daughter
She was free, yet came at a cost
So cheap, yet carrying a value unmatched
And here we are, talking to you, sharing us.
We hope you hold on, as we sail with you
On this journey that never ends