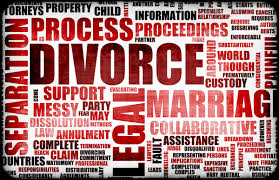 DIVORCE, WHAT THE BIBLE HAS TO SAY….

There is a word never spoken in church. a word never preached on, not discussed at bible studies and not even prayed over at prayer meetings. A word so terrible that we spell it out rather than say it out loud. D.I.V.O.R.C.E. At least, when Tammy Wynette sung that terrible (my opinion, and not necessarily yours), terrible song in1968 (and yes, I am old enough to remember it), she spelt it out rather than say it out loud so as not to upset 4-year-old little Joe.

It’s the same in Church, nobody mentions the “D” word! Let’s face it, when did you last hear Matthew 5:31 preached on? “It has been said, ‘Anyone who divorces his wife must give her a certificate of divorce.’ 32 But I tell you that anyone who divorces his wife, except for sexual immorality, makes her the victim of adultery, and anyone who marries a divorced woman commits adultery”. I have heard the Sermon on the Mount from which this is taken preached on so many times, but the preacher neatly skips over these 2 verses and carries on regardless. So let’s work through a few of the subjects in the famous sermon.
The Beatitudes – Easy one that
Salt and Light – Oh yes, just give a few good examples
Fulfillment of the Law – Simple, just confuse them with a bit of theology
Murder – Should be safe, none in the cburch that I know of.
Adultery – Again, should be a safe one, after all, no one’s going to put their hand up.
– Better miss that one, might upset 20% of the congregation, can’t have them all walking out, the treasurer wouldn’t like it. Anyway, it’s not important
Oaths – Simple

Eye for an Eye – Simple

Love for Enemies – Easy one for a good preach.

…..and so on, but……Jesus says about divorce twice in Matthew and again in Mark, so it might be important!
Jesus actually said these things twice, in Matthew 19:8 Jesus replied, “Moses permitted you to divorce your wives because your hearts were hard. But it was not this way from the beginning. 9 I tell you that anyone who divorces his wife, except for sexual immorality, and marries another woman commits adultery”.

Mark 10: 6-12 “But at the beginning of creation God ‘made them male and female.’[a]7 ‘For this reason a man will leave his father and mother and be united to his wife,[b] 8 and the two will become one flesh.’[c] So they are no longer two, but one flesh. 9 Therefore what God has joined together, let no one separate.” 10 When they were in the house again, the disciples asked Jesus about this.11 He answered, “Anyone who divorces his wife and marries another woman commits adultery against her. 12 And if she divorces her husband and marries another man, she commits adultery”. 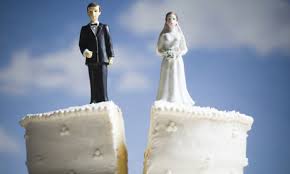 Now this is all very difficult stuff to read, especially if you are divorced. In the USA one in four “Christian” marriages end in divorce. Figures for the UK are not available, but I am sure they will also paint a sorry picture.

Oh, but we can justify divorce because it was permitted by Moses. But Jesus said, “Moses permitted you to divorce your wives because your hearts were hard. But it was not this way from the beginning.”

The problem today is many have an easy, no blame, cast aside view of marriage. People say their vows before God with their fingers crossed behind their backs. There is no commitment, marriage is a bed of roses, fragrant flowers and sharp thorns together. You have to work at a marriage, there has to be an attitude of give and take not just take. If you are finding marriage a struggle, try putting down your mobile, looking away from FaceBook, come off Twitter, close your laptop and look your partner in the eyes and talk. Give them some undivided attention. Do it every day, several times a day. Ask about them, don’t just talk about “me”. You may think that sounds too simplistic, well it isn’t. What most marriages lack today is “us time”. “Us time” is where you turn off the TV, silence the mobile, ignore the telephone and just enjoy each others company. I have spoken to many struggling people, and often when the three of us sit down to talk about their marriage, that is the first time for years that they have sat down together and talked in an open and frank way to each other. Most people don’t need a counsellor, they just need space and time to get to know each other. I was going to put “get to know each other again”, but for some, even after years of marriage, it might be getting to know them for the first time properly. Discuss their hopes and fears, not yours, talk over their perceived problems, not yours. Often you may start a sentence with “But I thought you liked it when I…..” or “I thought you enjoyed going to…….” Don’t think about what you think your partner wants or wishes. Ask them. Don’t assume you know anything, enquire about everything.

If you can pray together without embarrassment, then pray together and for each other. Don’t use prayer time to drop little bombshells or have little digs, you will not be blessed and it won’t help your healing. If you can’t pray together, make sure you pray for each other earnestly. Lay out before God what is wrong. Confess to him what you are doing wrong and seek forgiveness. Do not tell God what is wrong with your husband or wife, he can hear that from them. (He actually knows already). If you are going to have that long awaited talk with your wife or husband, pray first that you will be guided and prompted by the Holy Spirit.

May God bless you for reading this missive.